It was 2013 when I first learned about the infamous Elizabeth Báthory. My boyfriend (now husband) had introduced me to a Swedish metal band called Ghost, and their first album featured a song called “Elizabeth.” I had no idea who the titular Elizabeth was, but then my boyfriend explained about the serial killer countess who murdered countless girls in the early 1600s. Spooky stuff! Fast forward to 2018 and a book at the store caught my eye: The Secrets of Life and Death by Rebecca Alexander delves into a magical mystery involving Elizabeth Báthory. I knew I had to get it.

So here we are in 2020, and I’ve finally taken the time to read the book. I’m going on a reading journey through time, and following Circe and The Silence of the Girls – both based on ancient Greek mythology – the next book on hand took me to 1585.

The Secrets of Life and Death follows dual timelines. First we meet alchemist Dr. John Dee and his assistant, Edward Kelley. Edward narrates their story, told through his personal diary, of when they were summoned by the king of Poland to save his dying niece, Elizabeth Báthory. All four of them are real historical figures, though the way events play out takes on a healthy dose of magic and witchcraft. Threats from an Inquisitor – indeed, the Spanish Inquisition was going on during this time, and its reach wasn’t limited to Spain – lead to a relocation from Krakow, Poland to Csejte Castle (also known as Čachtice Castle), located in Slovakia. But Dee and Kelley aren’t really guests there; they’re prisoners, and they won’t be set free until they’ve healed Elizabeth Báthory. But such a healing will lead to unthinkable consequences.

While all of that is going on in the past, the present takes us to Exeter, England in 2013. Jackdaw Hammond is a woman with a mysterious past, and she’s involved with saving others who are on the verge of death. But her saving them also requires imprisoning them, and their escape would mean certain death within minutes. Jackdaw (Jack for short) is involved in two ongoing cases: one of a woman who recently died under suspicious circumstances – perhaps the strange markings and sigils covering her body are a clue? – and one of a teenager who’s just gone missing.

The former case leads Professor Felix Guichard to Jack, and they find they must work together to overcome a menacing presence growing more powerful against them each day. And that modern-day threat may be related to the fateful events of 1585, when Dee and Kelley worked to revive Elizabeth Báthory.

There’s a lot going on in The Secrets of Life and Death. Both of the dual plots could have been entire books on their own, and while the inclusion of both here presents its issues, the two stories also work well together and do eventually cross paths. The present-day story really builds on what goes down in 1585, and it also extends the terrifying tale of the murderous countess into something grander and more sinister. It’s an intriguing reimagining of who Elizabeth Báthory was, why she committed the crimes she did, and what happened in the aftermath of her cruelty.

However, the novel does also suffer from combining such rich stories into one cohesive book. Neither story feels as fleshed out as it could have been. Some details and scenes are a bit rushed, and the plot would have felt stronger and more satisfying with a bit more time to breathe and develop. There are also a lot of characters in both timeframes, but with the limited pages, they don’t develop as much as they could have. While I generally liked the characters, they would have benefitted from more ‘onscreen’ time.

The Secrets of Life and Death was, admittedly, a slow start for me. Perhaps because of the many characters, plot points, and magical details, it took some time with the book before it really settled and grabbed my full attention. But once it did, I raced through it pretty quickly. I found the story gripping, and I always wanted to know what would happen next. At first I was more interested in the present-day characters and events, but later on the 1585 story grew more compelling.

Rebecca Alexander has strong writing style. Again, it took me some getting used to. Her writing is quite descriptive, though not distractingly so. She paints vivid scenes and offers a wide vocabulary, but she did overuse certain adjectives and descriptors with a few characters.

A final nitpicking observation is the romance between Jackdaw and Felix. While I love a cute romance, even in a genre like this, their initial attraction to each other is rather random and without much foundation. I appreciate the care they eventually have for each other and how level-headed they seem about it, but the way it starts just seems so sudden. Again, with more time and room, it could have started off better.

All in all, The Secrets of Life and Death is an imaginative, intriguing take on Elizabeth Báthory and how that dark magic of the past can play an eerie role today. The plots in both timelines were strong, but both would have benefitted from more time – maybe making the book a bit longer? – and dynamism. While reading it, I discovered that The Secrets of Life and Death is the first in a trilogy, so perhaps the additional books help address the issues I’ve described.

If you’re interested in Elizabeth Báthory, dark magic, witches, or themes of life vs. death, The Secrets of Life and Death is a fun and original book to explore. I enjoyed it a lot, and if you can get past some of the minor bumps, you will too.

Here’s that Ghost song I mentioned! Enjoy “Elizabeth” below:

3 thoughts on “The Secrets of Life and Death” 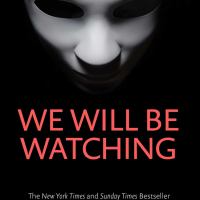