From summer 2015 through the Democratic primaries, I supported Bernie Sanders in his run for president. It was disheartening to see how the primaries played out, but I voted for Hillary Clinton in the general election that November. We all know the unfortunate results of that night, though. That same month, Bernie Sanders released his book Our Revolution, and I was thrilled to receive it for Christmas. It took a few months, but I finally felt ready to read it this spring. In these worsening times, it gives me some needed hope for the future.

I started Our Revolution nearly a month ago, and took my time reading through the chapters and letting everything sink in. It’s a fairly long book, at nearly 450 pages, and the material is dense. This is also the first political book I’ve ever read, so I expect I had a bit more of a learning curve in processing all of its information. But it was an exercise worth undertaking, because Our Revolution is highly informative and straightforward enough that it’s comprehensible, even to political newbies like me.

The book is divided into two sections. The first highlights Bernie’s personal and political past, as well as his decision to run for president and an overview of his campaign. Readers get to know Bernie, from his youth in Brooklyn to his early political career in Vermont. We see how his life shaped his values, and how he’s been fighting for human rights for decades – indeed, his entire career.

Bernie explains how he decided to run for president, the immense amount of work – and people – that went into running his campaign, and how the campaign got started. Finally, we run through the events of the campaign, from spring 2015 all the way to the Democratic convention. Bernie’s presidential run was filled with thrilling ups and upsetting downs, a ride in which we root for the underdog despite all the odds, and marvel at the successes and support he garnered.

But Bernie doesn’t wallow in the past or the outcomes of his 2016 run. Before we even reach 200 pages, Our Revolution has moved onto the longer part two: “An Agenda for a New America: How We Transform Our Country.” For the next 265 pages, the book delves into Bernie’s 10-part prescription for making America work for all of its citizens. Bernie has always been all about the issues and focusing on the future, so it’s no surprise that his book reflects that message and forward-looking agenda.

If you paid any attention to what Bernie talked about on his campaign trail, the contents of this latter half of Our Revolution will be familiar. But it goes into further detail, really driving home why these are issues, how they can be solved, and how Bernie came to these solutions.

He talks about defeating the oligarchy and saving the middle class from its downward spiral. He addresses how we can end a rigged economy, in part by providing health care and higher education for all. Bernie talks about the very real threat of climate change and how we can – and must – stop it. He then moves to reforming our criminal justice system and immigration, and how we can protect our most vulnerable. Finally, Bernie takes on the corporate media, which he describes as a threat to our democracy. Indeed, his chapter does make a strong case for this perspective and for the need for change.

Our Revolution is a dense and informative book, but one that is easy to follow. As with Bernie’s rallies and 2016 presidential run, this book has left me feeling empowered and ready to help make a change in America. Its sense of urgency and vitality is unmissable, and I expect this is a book that will impact its readers. Our Revolution is more than just a book; it’s also a progressive political action organization that is actively making a difference in our society, lifting up people who want to transform the US as Bernie already has.

Whether you supported Bernie Sanders or another candidate or no candidate, whatever your political views, Our Revolution is a book I encourage everyone to read. It offers a wealth of knowledge and a strong dose of motivation, and it’s exactly what the United States needs right now.

2 thoughts on “Our Revolution” 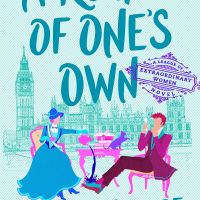