This October I’ve mostly been reading books that are thrilling, mysterious, or supernatural, and it’s all culminated in my last (physical) book of spooky season, The Chestnut Man by Søren Sveistrup. I picked this novel up earlier this year, but I decided to save it for the days leading up to Halloween. Now I’ve finished the book and am enjoying the Netflix adaptation, too!

The heart-pounding debut from the creator of the hit Scandinavian television show The Killing.

If you find one, he’s already found you.

A psychopath is terrorizing Copenhagen.

His calling card is a “chestnut man”—a handmade doll made of matchsticks and two chestnuts—which he leaves at each bloody crime scene. Examining the dolls, forensics makes a shocking discovery—a fingerprint belonging to a young girl, a government minister’s daughter who had been kidnapped and murdered a year ago. A tragic coincidence—or something more twisted? To save innocent lives, a pair of detectives must put aside their differences to piece together the Chestnut Man’s gruesome clues. Because it’s clear that the madman is on a mission that is far from over.

And no one is safe.

When I began The Chestnut Man, I was ready for a gripping horror. While I love horror movies, for whatever reason, I haven’t read much of the genre in book form. However, although this does certainly have some horrifying elements, I would probably categorize it more as crime fiction or a police procedural. Indeed, the novel mainly follows two police detectives trying to work out the case. In between their chapters, we also get looks at some of the victims and other key players in the story.

After an intriguing opening in 1989, The Chestnut Man moves into the present day, offering some gory descriptions of the first victim. For any readers who might be more sensitive to gore, rest assured that after the initial few chapters, there isn’t much focus on how the killer leaves his victims. It’s mostly detailed up front, but as the Chestnut Man is consistent, there isn’t need to keep describing his later victims. However, be forewarned that some tough themes do arise – not on-page, but definitely discussed and impactful on the plot – so consider looking at content warnings before reading.

This is a much more detective-centered book than I normally like reading, but I actually really enjoyed the format and characters here. Naia Thulin and Mark Hess are the main detectives on this case, but they have different ways of working and looking at things. Hess, in particular, is often at odds with others in their police force, even with Thulin herself. This pair doesn’t always see eye-to-eye, but they have quite the mess to untangle. Unfortunately, with the Chestnut Man being such a careful killer, and with certain people in the police force hindering the investigation in their own self-serving ways, it’s an uphill battle. As Thulin and Hess start to trust each other more, they finally start to make more significant progress.

The Chestnut Man features a large cast of characters. Many of them are important throughout the full book; others get only a chapter or a few chapters before their time is up. There are several victims and suspects, as well as people on the police force and the unfortunate family who may be at the center of it all. At first, it took some extra focus on my part to keep all the characters in order, but I quickly got used to them all.

Before starting The Chestnut Man, I was a tad daunted at the length: 516 pages. Luckily, they are broken up into 130 short chapters, so the pages flew by for me! There’s something about short chapters that makes a book more compulsively readable. This novel bounces between characters pretty rapidly at first, introducing a lot of people early on, but it has great pacing and holds the attention well. Once you’re acclimated, it’s full force.

With all these characters and an over 500-page length, this novel has the space to support a few different rabbit holes. We get to explore the three main victims in present day, plus the family whose daughter was kidnapped and evidently murdered a year prior. There may be a red herring or two, and some people who are all too eager to prematurely draw conclusions and wash their hands of this case.

For me, it became more and more aggravating knowing that Hess and Thulin were right about something, but their coworkers and especially supervisor continuously put up unnecessary hurdles. With their boss trying to save his own skin, Thulin and Hess were often prevented from properly investigating certain leads. It was so frustrating for me (and these two characters!), but it certainly kept my interest as the story progressed.

The Chestnut Man is not an overly complicated story, despite the big cast and number of pages. However, it is intriguing and surprising; I certainly never figured out who the Chestnut Man was! There are enough holes and mysteries that the book will keep you guessing until that big reveal.

Beyond the story itself, I enjoyed the setting of Copenhagen. This might be the first book I’ve read that’s set in Denmark. I always enjoy getting to know other countries and cultures, and even a novel about a serial killer can lead to some interesting insights. For example, chestnut man figurines aren’t unique to the murderer in this book. Apparently, it’s common in Denmark (and its neighboring countries) for kids to make people and animals out of chestnuts. And there really is a song about beckoning fruit and nut men! This makes The Chestnut Man that much more impactful.

The Chestnut Man is a great mystery and a perfect read for spooky season. It will keep you guessing until its thrilling end, but it also offers a lot of heart, too. This is Søren Sveistrup’s first novel, but I’d happily read more from him in the future. In a 2019 interview, he said that he hoped The Chestnut Man will be the first in a series of books, so I look forward to getting another installment.

P.S. I’ve already started watch the Netflix mini series adaptation of The Chestnut Man, and it is excellent. It’s quite true to the book (it helps that Søren Sveistrup also serves as a writer for the show) and is well produced. My husband and I will fly through the remaining four episodes in the next few days. I definitely recommend the show in addition to the book.

Søren Sveistrup is an internationally acclaimed scriptwriter of the Danish television phenomenon The Killing which won various international awards and sold in more than a hundred countries. More recently, Sveistrup wrote the screenplay for Jo Nesbø’s The Snowman.

Sveistrup obtained a Master in Literature and in History from the University of Copenhagen and studied at the Danish Film School. He has won countless prizes, including an Emmy for Nikolaj and Julie and a BAFTA for The Killing.

The first I ever head of Alex North’s debut novel, The Whisper Man, was when it was a Book of the Month selection last August…. END_OF_DOCUMENT_TOKEN_TO_BE_REPLACED

Three months ago, I discovered Little Darlings by Melanie Golding thanks to Book of the Month. Its spooky cover and title captured my interest, and… END_OF_DOCUMENT_TOKEN_TO_BE_REPLACED

Velvet Was the Night

I think I’m officially a Silvia Moreno-Garcia fan. I’ve read, and loved, three of her books: Gods of Jade and Shadow in 2019, Mexican Gothic… END_OF_DOCUMENT_TOKEN_TO_BE_REPLACED

The Silent Patient by Alex Michaelides has been getting a lot of buzz since it was announced, and I was excited to finally get it…. END_OF_DOCUMENT_TOKEN_TO_BE_REPLACED

A few weeks ago, I stumbled across The Devil Aspect by Craig Russell on a display shelf at a book store. It’s one of those… END_OF_DOCUMENT_TOKEN_TO_BE_REPLACED

I’m a sucker for a good haunted house story. While I’m a fan of horror movies in general, my favorites are always set in spooky… END_OF_DOCUMENT_TOKEN_TO_BE_REPLACED 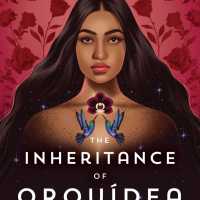