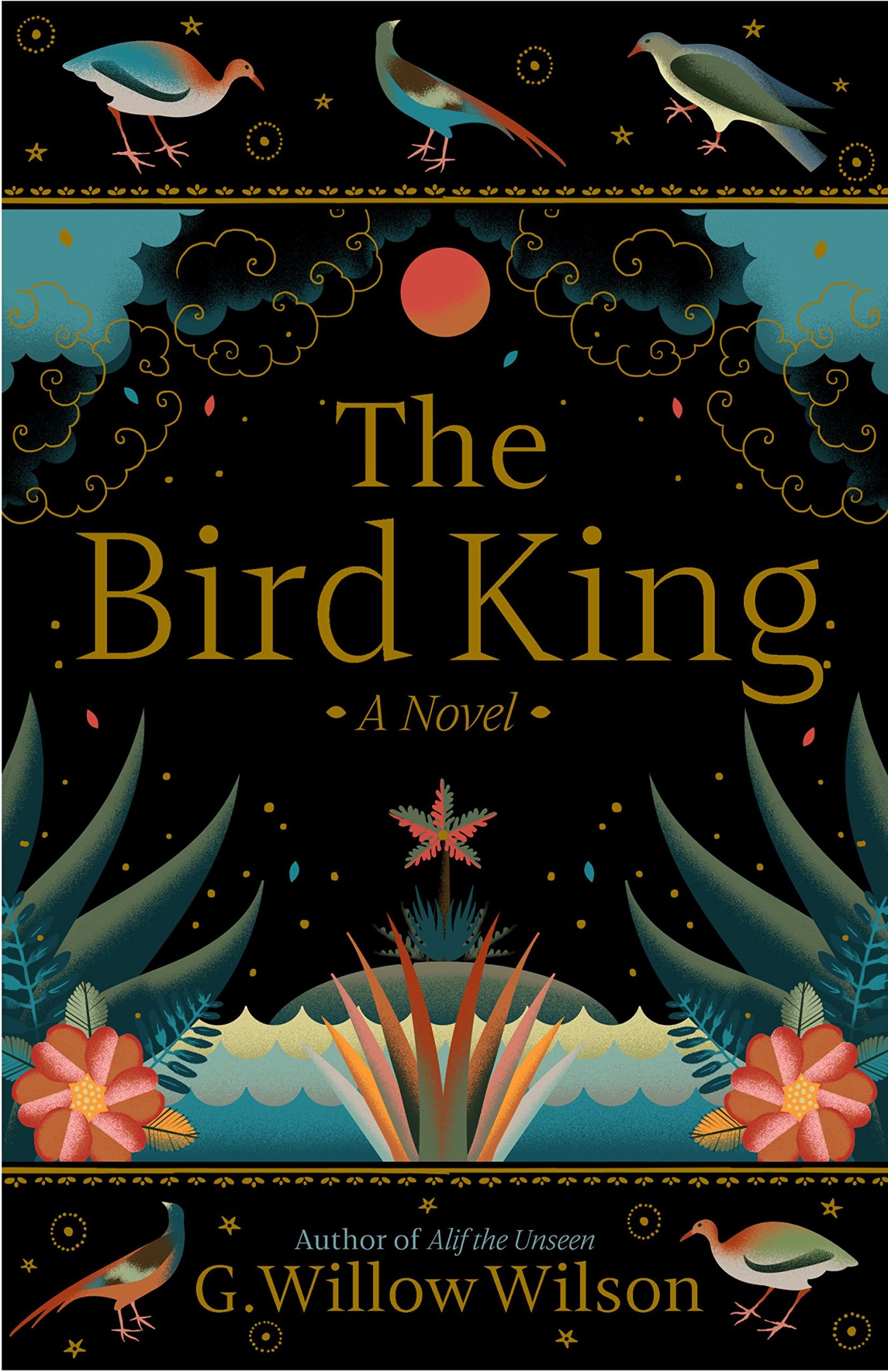 I stumbled across G. Willow Wilson‘s The Bird King on Goodreads shortly before it was published. Though I don’t often read fantasy, this book’s enchanting cover and summary drew me in, and I knew I needed to get it as soon as it was released.

Like the last book I read – The Sisterhood by Helen Bryan – The Bird King is set during the Spanish Inquisition. It begins at the end of summer in 1491 in Granada, Spain, where we meet Fatima, a concubine to the sultan, and Hassan, a mapmaker with a unique magical power. They live in the Alhambra palace, still a Muslim territory resisting Castilian pressure from the north. But the Spanish Inquisition is underway, and its arrival in Granada means the end of life as our characters have known it.

Hassan’s magical mapmaking abilities are quickly discovered, and he’ll be taken by the Inquisitors when the sultan is forced to give up his rule. That is, until Fatima intercedes, on a mission to rescue her only friend from certain death. The pair set out on an unlikely adventure, endlessly in danger as they try to outrun the Inquisitors who will do anything it takes to capture them.

It would be an impossible task if not for a bit of fantastical help along the way. First and foremost is Hassan’s ability to change the physical world around him, all by drawing up a new map. He can invent rooms and caves that didn’t exist before, but the only way to find them is with his map. In addition to Hassan’s geography bending, he and Fatima also get invaluable help from a morally ambiguous jinn named Vikram. He appears as a sort of man-dog, but he’s sometimes more shadow than physical form.

The stakes are high as Fatima and Hassan run across Granada, sail through the Strait of Gibraltar, and ultimately move in search of a mythological island named Qaf. They meet their fair share of allies – Vikram, a sailor-turned-monk, another jinn – but their enemies are also strong. It’s an action-packed adventure, but the novel also dives into deeper contemplations.

The Bird King deftly outlines the differences and similarities between Christians and Muslims, noting that goodness isn’t always aligned with religious belief. It shows pure love between the two protagonists, but not in the way you might expect. Hassan and Fatima love each other dearly, but Hassan is gay, leaving other characters confused by their close relationship. On top of that, The Bird King turns inward, showing its protagonists growing stronger, more self-assured, and braver as they fight for freedom. They discover themselves as much as they discover unseen territories.

G. Willow Wilson is a skilled writer, and throughout The Bird King, her language paints magical pictures of the enchanting settings and characters. Her prose is beautiful to read, and it truly amplifies her already stunning story.

The Bird King is an enthralling historical fantasy novel that, unlike those fading jinn, will stay with you. Let your map guide you to the nearest book store, because this is a book you won’t want to miss.