Last spring, I learned about an upcoming novel called Gods of Jade and Shadow by Silvia Moreno-Garcia. I think I was on Goodreads or looking at some article somewhere, but as soon as I saw its gorgeous cover and intriguing title and read the description, I was hooked. So when Book of the Month announced it as one of their July picks, I was ecstatic.

Gods of Jade and Shadow takes us to 1920s Mexico and follows Casiopea Tun, a young woman who is essentially a slave in her own family. After her father died, she and her mother moved back in with their semi-estranged family, living as servants to their richer relations. They wait on them hand and foot, especially serving Casiopea’s cold grandfather and cousin.

One day, Casiopea is alone at home when everyone else has gone out. Her grandfather has left behind the key to his mysterious chest, so Casiopea opens it… and finds a skeleton. The skeleton emerges from the chest and materializes as Hun-Kamé, Lord of Xibalba, the Mayan god of death. Because of how Casiopea freed him, she and Hun-Kamé are connected, relying on each other for life (so to speak) until they restore the Lord of Xibalba to his rightful throne. But first, they must travel all over Mexico to retrieve some missing parts and defeat his backstabbing brother, Vucub-Kamé.

As the quest takes them from Yucatán to Mexico City, across the border into El Paso, and back into Mexico to Tijuana, the unlikely pair encounters some increasingly challenging characters trying to block their way. They come against some dark magic, but they have a few tricks of their own. But it’s a race against the clock and against Vucub-Kamé, who only wants his brother dead again. He’s even sent Casiopea’s cousin Martín after them to convince her to give up the quest.

Silvia Moreno-Garcia does a wonderful job of depicting each character, presenting their good and bad qualities and showing that they’re not wholly perfect or evil. Casiopea is stubborn and unruly, but she also believes in doing the right thing and has dreams of her own. Hun-Kamé may be self-centered and aloof, but he is fair and focused. Even Martín – a generally unlikable fellow – is occasionally shown in sympathetic light, and we get a chance to understand his perspective.

We also watch as Casiopea and Hun-Kamé slowly overcome their initial disliking for each other and start to care about one another. Maybe it’s their mutually sustaining bond, or maybe it’s genuine affection growing between them. Whatever it is, it starts to change how they want everything to turn out in the end.

No book about the gods of death is complete without a trip to the underworld. The climax of Gods of Jade and Shadow brings us to Xibalba, so richly described that you feel as if you’re there yourself. It’s a magical and eerie setting, filled with terrors and nightmares, and it makes this novel even more memorable.

In some ways, this novel reminded me of The Ghost Bride by Yangsze Choo, which I read early last year. Both take readers on a thrilling journey into underworlds and feature a cast of otherworldly characters. Although one is based on the Chinese afterlife and the other is rooted in Mayan mythology, both are dark fantasies you shouldn’t miss.

Gods of Jade and Shadow is a wonderful and vivid novel. It’s the first I’ve read from Silvia Moreno-Garcia, but it won’t be the last. I’m already anticipating some exciting new books from her next year, so stay tuned for those reviews!

3 thoughts on “Gods of Jade and Shadow” 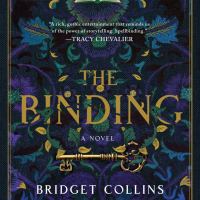