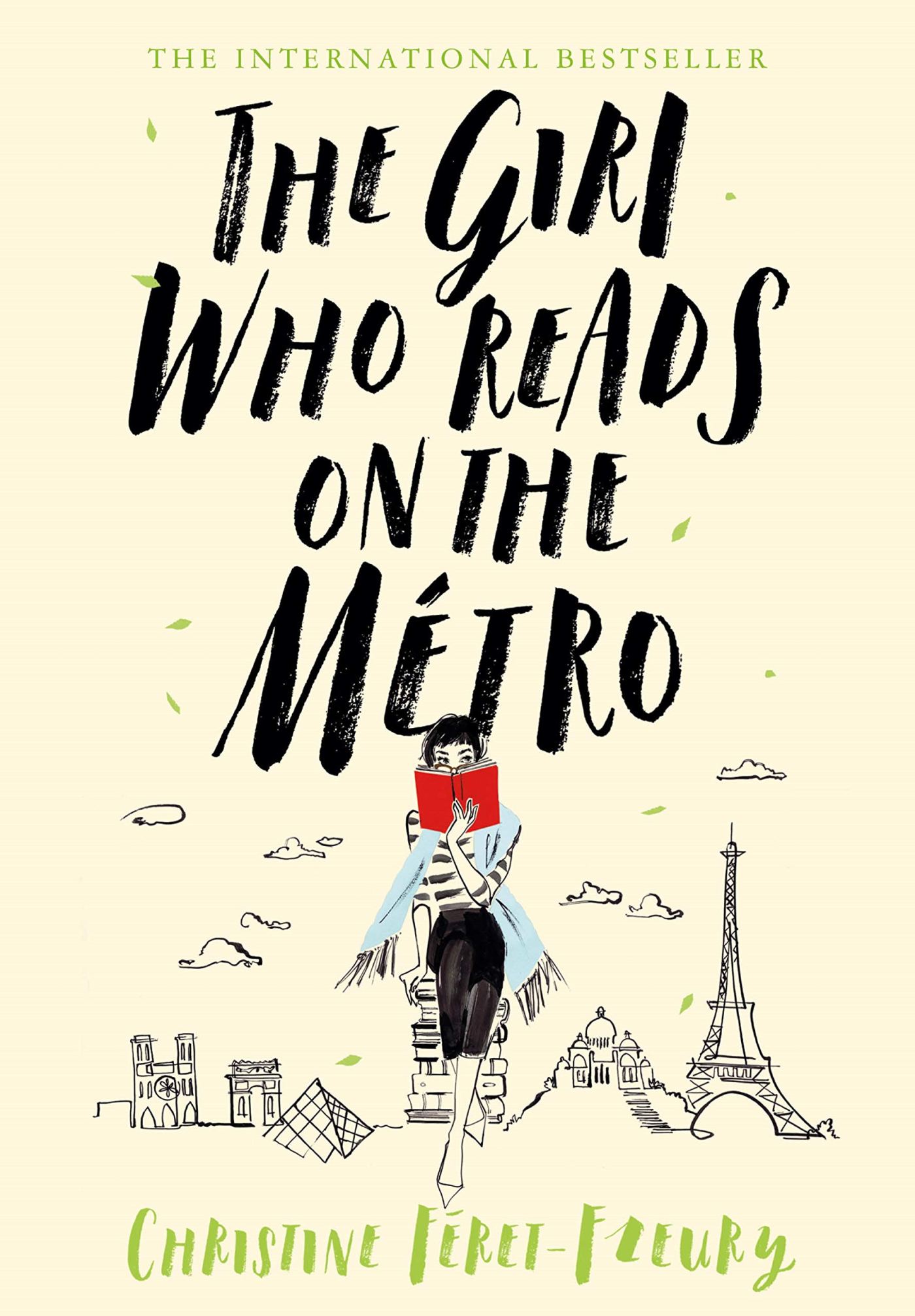 I first came across Christine Féret-Fleury’s The Girl Who Reads on the Métro while exploring a nearby Barnes & Noble. It instantly captured my imagination and drew up memories: I was once a girl on the métro (or rather, subway), reading during my morning and afternoon commutes between Queens and Brooklyn. Though I’ve never been to Paris (airport layovers notwithstanding), I’ve been in southern France and dream of traveling to its capital one day. The book’s cover – cute and charming – added to the appeal, as did the fact that it was written by a French woman. (It was translated to English by Ros Schwartz.) So, on a whim, I bought the novel.

The Girl Who Reads on the Métro is a short book – only 172 pages – which should make it a quick read. Unfortunately for me, though, I never fully connected with the story, and the reading dragged out over a week.

The story follows Juliette, a rather directionless young woman who’s traveled nowhere except the far-off destinations of the books she reads. Her life is safe and sheltered, teetering on boring and empty. With not much to color her life, she spends most of her time absorbed in fictional stories or quietly observing fellow passengers on the métro.

Throughout the book, the narrative is very internalized. We often get lost in Juliette’s meandering thoughts, tripping back in time or zoning in on some particular detail. And yet, despite this, we never get a truly full sense of who Juliette is. There isn’t enough to ground her or fill her out. This style of narrative also makes the story feel frozen in time more often than not: The plot doesn’t move forward as swiftly or purposefully as in other novels.

Early on, Juliette meets a man – Soliman – who’s even more lost in his head than she is. He works with passeurs: people who take his books, study strangers, and give them exactly the book they need to read. (In fact, this aspect of the narrative reminded me of Rachel Joyce’s The Music Shop, in which Frank can meet a person and find just the song or album they need to hear.)

Juliette becomes a passeur, opening up an intriguing direction for the novel. But alas, she doesn’t really get much chance to pursue this new career/hobby. Instead, we get an odd turn of events (I won’t spoil it here), and it’s at this point that the novel starts to lose my interest. From here through the end, it feels like The Girl Who Reads on the Métro keeps changing direction, and it loses the focus and charm it had.

I admit, I’ve had bad luck with books set in Paris lately. Or, more specifically, bookish books set in Paris. Indeed, I struggled with Liam Callanan’s Paris By the Book, too. Are my expectations set too high? Or are these specific novels simply not to my taste?

Sadly, The Girl Who Reads on the Métro ended up feeling like a chore to finish. I didn’t really connect with Juliette – or the supporting characters – and I had a hard time getting behind the direction of the plot. For me, the story was a bit of a letdown, and one that won’t likely stay with me. While I enjoyed the love Christine Féret-Fleury expresses for books throughout the novel – and the many literary references – it wasn’t enough to outweigh the weak characters and plot.

The Girl Who Reads on the Métro is a whimsical and unusual book, but not one that will stand out amongst comparable novels.