One year ago, The Woman in Cabin 10 drew me into the world of Ruth Ware. I loved that book, and knew I had to collect her other novels, too! Last spring I enjoyed her debut, In a Dark, Dark Wood, and now it was time for book #3, The Lying Game, published in 2017.

Like In a Dark, Dark Wood, The Lying Game jumps back and forth in time, but it commits to the format more fully. The story follows a group of four close friends: Isa, Fatima, Thea, and Kate. The girls met when they were teenagers at Salten House, a second-rate boarding school in the south of England. The group became inseparable, spending a lot of time at Kate’s home with her dad at the Tide Mill, nestled in a marsh near the school. They bond over what they call the “lying game,” in which the goal is to tell as outrageous of a lie as you can and still be believed. Naturally, it leads them to have bad reputations at school, both among their classmates and their teachers. But between the four of them, they’re honest and devoted.

However, it isn’t long before they start breaking their own rule to never lie to each other. Rumors abound about Kate’s dad Ambrose, the art teacher at the Salten school. There’s also drama with her brother Luc, and a budding romance he has with one of the friends. The girls get into trouble, drinking and smoking despite being under age, and there are consequences. But eventually, something terrible happens surrounding the death of Ambrose, something the girls vow to keep secret, even after they’re expelled from school and pulled away from each other.

In the present day chapters, the four women are now in their early 30s. Isa is married and has a baby daughter; Fatima, too, has a husband and a kid, plus a successful job as a doctor. They’ve given up their bad habits, in part for their families. Their lives seem good, despite their past. Thea and Kate have changed less over the last 17 years, and seem more haunted by what happened.

Everything changes when Kate texts her old friends, saying simply, “I need you.” All three women respond “I’m coming,” and soon they’re back in the Tide Mill, learning that their secret may have gotten out. Someone is blackmailing them, threatening them, ready to ruin the lives they’ve built back up from the rubble. They could lose everything – their families, their homes, their careers – and face the time behind bars that they’ve avoided all these years.

In some ways, The Lying Game felt too juvenile as the group of four teenaged girls got into the type of trouble I never experienced in my own youth. I couldn’t relate to a lot of it, and perhaps that was a hindrance in my own enjoyment of the story. The characters were often frustrating, and the web of lies is both intriguing and maddening. Although I enjoyed the book – both its murky setting and many of the underlying themes – it wasn’t as strong as its predecessor.

The Lying Game explores the intricacies of friendship and how far you’d go for your best friends. It looks at the consequences of your choices and traumas, and unravels the different ways people cope – whether by burying the past or wallowing in it. The story teases out revenge and scare tactics, and questions what’s right and wrong, and how you can tell the difference when you’re so young. The Lying Game is part psychological thriller and part teenaged drama, bouncing between the past and present until the truth finally comes to light. It’s a good story with a lot to make you think, and will hopefully lead you to more from Ruth Ware.

2 thoughts on “The Lying Game” 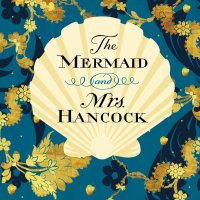