I discovered Ruth Ware one year ago when I picked up her thriller, The Woman in Cabin 10. And what a great introduction to her it was! I devoured the pick, then went out and bought her other two novels, In a Dark, Dark Wood and The Lying Game. Now, Ruth Ware has a fourth book available, one I pre-ordered and couldn’t wait to read. After reading it in just days, I can say The Death of Mrs. Westaway is Ruth Ware’s best book yet.

Unlike her previous three books, which can be categorized as domestic thrillers, The Death of Mrs. Westaway moves into gothic mystery territory. This new novel also differs in that it’s written in the third person, not the first person, a departure from Ruth’s normal writing style. The story follows Harriet “Hal” Westaway, a twenty-one year-old young woman with no family and no money. Her mother Maggie died a few years before, and Hal never knew her father. Her grandparents are all dead, and with her mother’s untimely passing, Hal has been left alone in the world. She makes a living doing what her mother used to do: give Tarot readings at the local pier in Brighton. Hal doesn’t really believe in Tarot, but she’s a skilled cold reader.

Unfortunately, Hal is also severely behind on her payments. She can’t afford to skip rent, and she’s down to the last bit of money for food. She also owes a large (and rapidly growing) debt to some threatening loan sharks who are already starting to terrorize her. One day, an answer to all her problems arrives in the mail. Apparently her grandmother, Hester Westaway, just died, and Hal is a listed beneficiary. The only problem is, Hal’s grandmother is long dead, and Hal doesn’t know the woman who just passed away. Hal is certain she isn’t the right Harriet Westaway… yet maybe she could pretend to be. Maybe she could inherit a little money and get back on her feet again.

Hal ends up in an old mansion in Cornwall with a cast of rich uncles, aunts, and cousins. They’re all nice enough, though the housekeeper clearly doesn’t like Hal much and puts her in the attic for the days they’ll be staying in town awaiting the will reading. Complications arise, delaying the will reading and giving Hal time to get to know her long-lost “family.”

But all is not as it seems. The mansion is spooky, and there’s a mystery unfolding, one that Hal can’t help but want to unravel. Who was her mother, really? Did she actually know this family somehow? What happened all those years ago when Hal’s mother was pregnant with her only child? And who is keeping these secrets… and why?

The Death of Mrs. Westaway mainly focuses on present-day Hal, but it’s interspersed with short diary entries from Maggie in the mid-1990s. As Hal uncovers more secrets, the old diary entries grow increasingly intense. Danger looms in the past, but it’s also hurtling towards Hal, even if she doesn’t know it yet. Finally, the mystery ends with a bang after a snowstorm forces the truth out. It’s a thriller at last, with some casualties and surprises for all.

The Death of Mrs. Westaway is my favorite Ruth Ware book yet, just edging out The Woman in Cabin 10. It’s a page-turner that will have you flying through the novel. I love that she moved into a gothic mystery style, and her signature time-hopping timeline helped amp up the intrigue and tension. Of all of Ruth’s lead characters, I found Hal to be the most relatable yet. I can sympathize with her financial woes and unrealistic wishes of a long-lost relative’s will including you as a beneficiary. This is Ruth’s strongest and most compelling novel yet, and I hope to see more gothic mysteries from her in the future.

2 thoughts on “The Death of Mrs. Westaway” 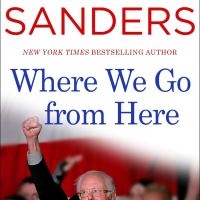